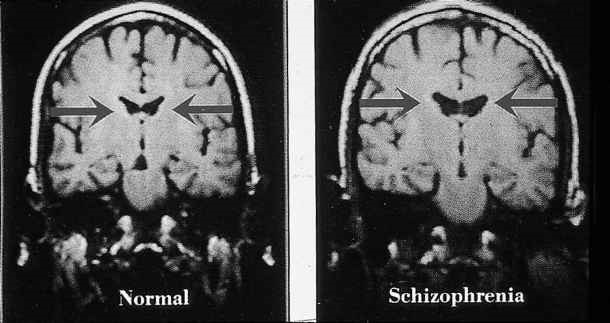 Schizophrenia is a serious mental disorder in which people interpret reality abnormally. Schizophrenia may result in some combination of hallucinations, delusions, and extremely disordered thinking and behavior that impairs daily functioning, and can be disabling.
People with schizophrenia require lifelong treatment. Early treatment may help get symptoms under control before serious complications develop and may help improve the long-term outlook.

Hydrogen gas has many biological properties that make it an appealing candidate agent for a diversity of disorders sharing inflammatory, oxidative, and apoptotic mechanisms. Hydrogen is hypothesized as a potential therapy for different oxidative stress-related diseases like Autism, Parkinson’s disease, schizophrenia, etc. Drinking water enriched with hydrogen was shown to decreases oxidative stress through scavenging hydroxyl radicals. As myDNA plays a role in the neurobiology of schizophrenia, a randomized controlled trial indicated that hydrogen-enriched water decreased mitochondrial dysfunction and inflammation in patients with mitochondrial myopathies. Due to its very small molecular size, hydrogen can easily penetrate organelles such as mitochondria as well as the nucleus. It is inert at room temperature and in the absence of catalysts. It additionally easily crosses the blood-brain barrier, which facilitates access to the target organs and subcellular components.

Hydrogen reacts with free hydroxyl radicals but does not appear to react to other reactive oxygen species. This is a theoretical advantage, as low levels of these radicals have physiologically relevant signaling effects. It protects against secondary oxidative damage to the brain in a variety of models by reacting with hydroxyl radicals. Hydroxyl radical is produced via the Fenton reaction in submitochondrial particles under oxidative stress. Molecular hydrogen (H2) reacts with strong oxidants, such as hydroxyl and nitrosyl radicals in cells, allowing to use of its potential for preventive and therapeutic applications in situations with excessive free radicals formation.

Effects of long-term consumption of Hydrogen-rich water in athletes 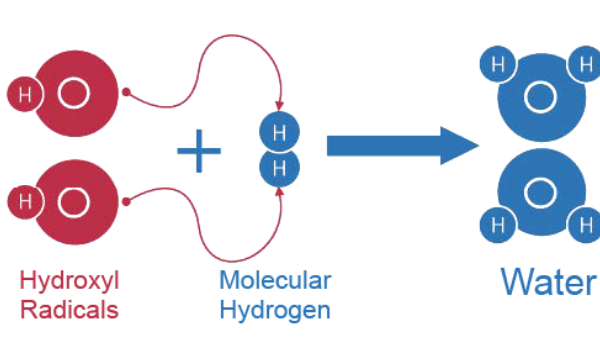