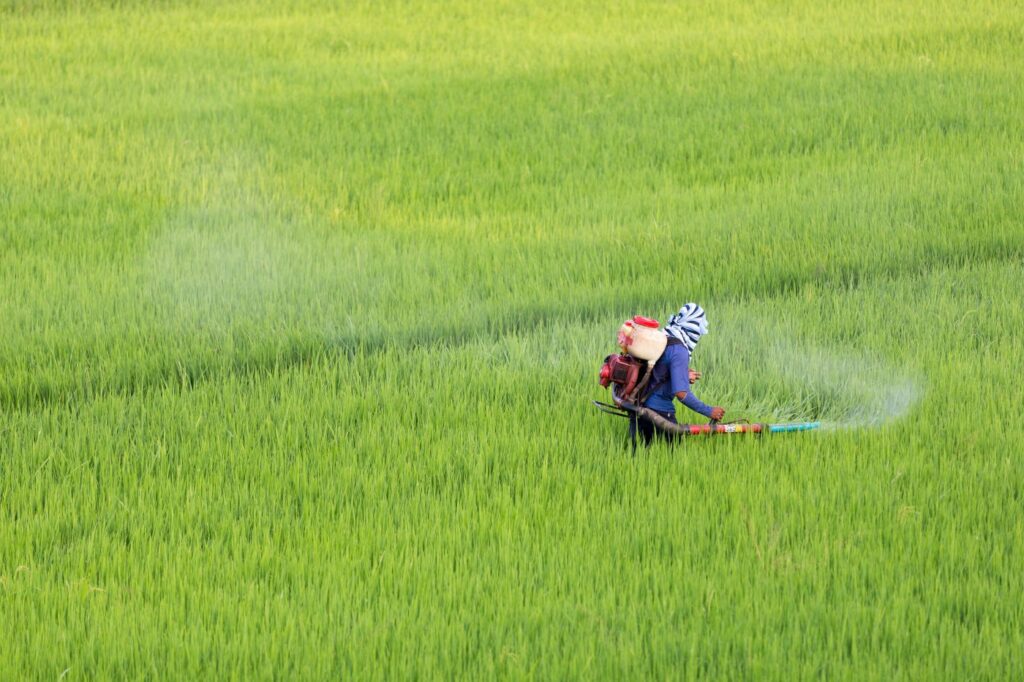 What is Paraquat and how it effect human body?

Paraquat is a widely used contact and nonselective quaternary nitrogen herbicide. It was first introduced in agriculture in 1962 and has caused thousands of human deaths, either by accidental or voluntary ingestion. The toxicity of paraquat is based on its induction of redox cycling which leads to oxidative stress-related cell death and inflammation. Because of selective accumulation in the lungs, it causes severe lung injury manifested by edema, hemorrhage, interstitial inflammation, and progressive fibrosis. Many studies have suggested that the mechanisms of paraquat-induced injury are mainly associated with oxidative stress. Paraquat-induced redox cycling can generate superoxide anions, NO and other free radicals, leading to oxidative damage. Of all these free radicals, hydroxyl radicals and oxidant peroxynitrite might be the most toxic ones, as they react with biological macromolecules including DNA, proteins, and lipids, leading to DNA breakage, lipid peroxidation and protein inactivation. Hydroxyl radical is produced by superoxide anion and H2O2, respectively, through the Haber-Weiss reaction and Fenton reaction, while peroxynitrite is possibly induced by NO’s rapid reaction with superoxide anion.

-What is hydrogen and how it works?

Hydrogen, a colorless, tasteless, odorless, nonirritating, and highly flammable diatomic gas, was generally regarded as a physiologic inert gas in hyperbaric medicine. Studies have reported that hydrogen under a high pressure might be a therapeutic gas for cancer and parasite-induced liver inflammation by eliminating toxic ROS. In 2007, a study found that 2% hydrogen inhalation exhibited antioxidant and antiapoptotic activities by selectively reducing hydroxyl radical and peroxynitrite. The importance of hydrogen immediately drew widespread attention. Various ways to administrate hydrogen, such as H2 inhalation, oral administration of hydrogen water, intraperitoneal, and intravenous injection of hydrogen-saturated saline, have been proved to be effective for many ROS-induced diseases, including hepatic and cardiac hypoxia-ischemia injury, neonatal hypoxia-ischemia injury, human type II diabetes, nephrotoxicity induced by cisplatin and Parkinson’s disease. Particularly, lung injuries of various models can be also prevented by hydrogen. Oxidative stress, especially hydroxyl radical and peroxynitrite, contributes to paraquat-induced lung injury. Hydrogen is a scavenger of oxygen free radicals, they are the reason for 90% of diseases in a human body. Hydrogen can cross blood-brain-barrier, selectively neutralize the damaging ROS/ freer radicals and become water to be eliminated from the body. In conclusion, administration of hydrogen-rich water in your body can alleviated paraquat-induced acute lung injury possibly by inhibition of oxidative damage.