The wound healing process following trauma-related injury is involved in the restoration of the integrity and function of the injured tissue. This process initiates an orderly but complex sequence of events that establish the integrity of the damaged tissues. Regeneration is considered to have taken place when tissue is structurally and functionally repaired to its original state as a result of the healing process. Multiple proinflammatory cytokines, chemokines, and growth factors contribute to the success of wound repair.

Oxidative stress has been reported in many diseases in which the production of ROS and the oxidative modification of various biomolecules underlie their pathophysiology, especially inflammation-associated processes. There is evidence that oxidative stress is a key factor contributing to inflammatory conditions such as recurrent aphthous stomatitis, which causes a wound in the oral mucosa with no well-established underlying cause. During wound-induced inflammation, ROS and inflammatory cytokines are released from immune system cells to kill microorganisms. The production of ROS in the inflammatory process leads to marked inflammation during which various chemoattractants are secreted. Chemotactic stimulation of phagocytosis induces the activation of a membrane-bound enzyme system that transfers electrons from cytosolic nicotinamide adenine dinucleotide phosphate (NADP+) to extracellular oxygen, resulting in the production of the superoxide radical, a well-established ROS.

Molecular hydrogen is the simplest element in nature and is of therapeutic and preventive interest because of its biological activities, including its antioxidant and anti-inflammatory activities in most tissues of model animals. There are a number of advantages of hydrogen as a potential antioxidant: it is mild enough not to disturb metabolic redox reactions or to affect ROS, which functions in cell signaling, and it also has favorable distribution characteristics with respect to its physical ability to penetrate biomembranes and diffuse through barriers into cellular components. Molecular hydrogen has also been reported to reduce the levels of proinflammatory cytokines and suppress inflammation. Recently, hydrogen-rich water, a colorless and odorless liquid, was found to possess strong antioxidant and anti-inflammatory activity. A study has indicated that oral administration of hydrogen-rich water has beneficial effects on oral palatal wound healing. It is conceivable that orally administered molecular hydrogen could improve local redox balance as well as decrease circulating oxidative stress. 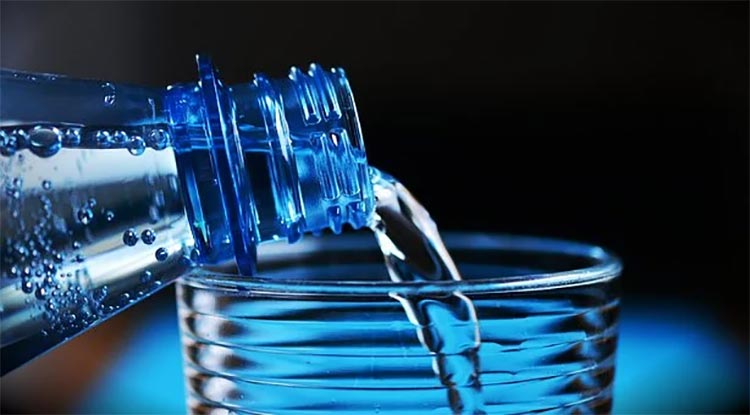 Molecular hydrogen has potential as a novel antioxidant in preventive and therapeutic applications, in addition to its anti-inflammatory effects. It has also been reported that molecular hydrogen activates the nuclear factor-E2 related factor 2 (Nrf2)/antioxidant defense pathway. The translocation of Nrf2 into the nucleus leads to upregulation of the expression of genes encoding phase 2 enzymes involved in defense systems against oxidative stress and other toxic sources. Nrf2 cooperates with the antioxidant defense system to regulate genes such as heme oxygenase 1 (HO-1) and NAD(P)H quinine oxidoreductase 1 (NQO-1).