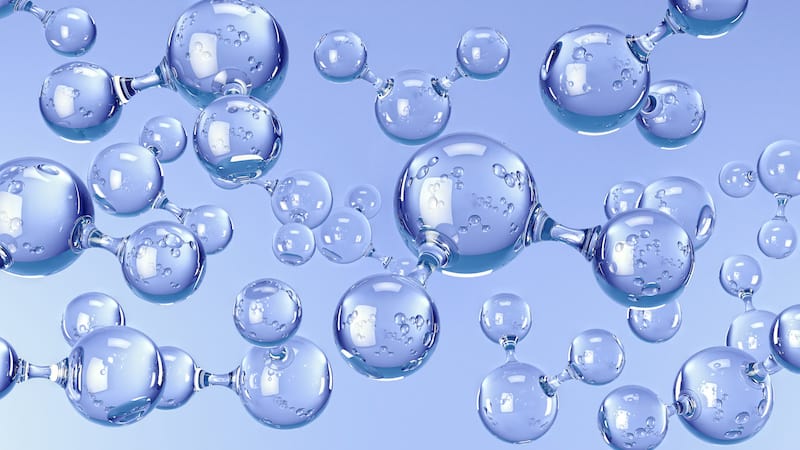 We all know antioxidants are great for us. They act as a friendly police force, helping us fight free radicals. Without antioxidants, free radicals can run rampant throughout the body causing damage as they go. We eat more berries, drink tea, and justify our glass of wine each night with the idea the antioxidants in them are what make each of these a healthy choice.

But there’s a new sheriff in town.

Molecular hydrogen or H2 gas is a very small neutrally charged molecule that has the ability to cross cell membranes and the blood-brain barrier. This gives it the unique ability to access DNA and mitochondria within the cell where it has protective action.

Free radicals are uncharged or unstable molecules, which make them highly reactive and extremely likely that they’ll pull apart pieces of other molecules to gain stability. In their search for stability, they can damage your body. Sometimes this can result in chain reactions.  Antioxidants are molecules that safely stabilize free radicals and reduce the amount of damage that can be done.

The most common way to consume molecular hydrogen is with a tablet you drop into your water, which releases hydrogen gas. When I first heard about hydrogen water, my eyebrows raised. I was initially skeptical because hydrogen is so abundant, why had we not realized the power of this element before? Turns out we had been missing a very important possibility that has been right under our noses.

Molecular hydrogen has so many wonderful benefits and acts as a powerful antioxidant neutralizing free radicals that contribute to disease progression. I now think it’s a straightforward and easy supplement everyone should add to their day. You simply drop a hydrogen tablet into your cup of water first thing in the morning and drink the effervescence that develops.

I think molecular hydrogen is going to be one of the biggest health and wellness trends in the upcoming years. Fortunately, by reading this, you’re ahead of the game.

1. Hydrogen acts as an antioxidant

Hydrogen gas acts as powerful antioxidant and has been shown to protect cells from even the most cytotoxic reactive oxygen species. Specifically, inhalation of H2 gas has been shown to suppress brain injuries through these effects.

H2 supports your body’s natural antioxidant system by signaling pathways associated with the prevention of disease.

In animal studies, hydrogen gas has been shown to be extremely anti-inflammatory. While we could use more studies on humans to back these initial findings, research on patients with rheumatoid arthritis are extremely promising.

As mentioned above, the effects of hydrogen on patients with rheumatoid arthritis have shown a significant decrease in pain. This pain relief is due to the reduction in oxidative stress caused by the anti-inflammatory and antioxidant properties of hydrogen gas.

In an animal study, hydrogen water prevented muscle wasting in mice that had muscular dystrophy. Hydrogen also boosted the natural production of glutathione which is often called our master antioxidant. The effects of hydrogen on athletes and exercise is a promising area worth keeping your eye on.

6. Hydrogen can speed up sport-related recovery

Hydrogen water has been shown to reduce muscle fatigue in elite athletes after intense exercise. This is because it reduced lactic acid buildup, which improved muscle function.

7. Hydrogen can help balance the pH of the blood

Hydrogen water has also been shown to have an alkalizing effect in the blood. This is especially beneficial to people who are extremely physically active because extreme exercise can cause metabolic acidosis.

Hydrogen appears to have effects in the cells that help them maintain homeostasis and healthy modulation. Through healthy gene expression and cellular metabolism, hydrogen positively affects cellular processes on many different levels.

Hydrogen has been shown to reduce damage to the brain in Parkinson’s patients. It’s also shown to have generally neuroprotective properties due to its ability to fight oxidative stress.

10. Hydrogen is protective against metabolic conditions

Your mitochondria are the powerhouse of your cells, which makes them directly responsible for your energy levels day to day. Clinical studies on hydrogen-rich water have found that it improves mitochondrial function.

Hydrogen gas has been shown to significantly protect DNA against radiation damage. It does so by scavenging hydroxyl radical formation.

With allergies on the rise across the world, this is an interesting observation. Studies have found that in animals, hydrogen can sometimes calm allergic reactions. The way hydrogen appears to calm allergic reactions is by modulating cell processes and restoring homeostasis. It seems that hydrogen restores healthy processes throughout the body, which makes it a good idea for just about everyone to consider taking.

14. Hydrogen is protective against cancer

Hydrogen appears to be protective against cancer. At this point, it probably doesn’t surprise you since you know how hydrogen can protect against oxidative stress and damage to the DNA. Hydrogen has also been observed to help reduce side effects of chemotherapy in some patients.

Hydrogen has been observed to be protective against damage to numerous organs including the brain, pancreas, heart, liver, eyes, and lungs. This is believed to be because of hydrogen’s anti-inflammatory, antiapoptotic, and oxidative stress fighting effects.

As I said before, I think molecular hydrogen is going to be one of the biggest buzzwords in the health industry. I want my readers to be ahead of the game and so I paired up with the best molecular hydrogen supplement on the market.

Vital Reaction makes tablets, inhalers, and other products for delivering molecular hydrogen to your body. When you use the code DRJILL at check out, you’ll receive 10% off all products. The code must be all caps to work.

Please also share this article with your friends and family because molecular hydrogen might be one of the simplest and additions they can make to their life today that has tremendous benefits.

Sagar Gola
Previous post Hydrogen Water : A boon for Liver Cancer Patients Next post What is hydrogen water? All about this trendy beverage with a devoted fanbase

Im pretty pleased to discover this great site. I need to to thank you for ones time due to this wonderful read!! I definitely liked every bit of it and i also have you book marked to see new things in your website.

Everything is very open with a very clear description of the challenges. It was really informative. Your site is very helpful. Many thanks for sharing!